Happy Holidays to you all from AG Gallery!

Gallery is closed tomorrow on 25th. We will be open again on 26th. Art In Boxes group exhibition will be on view through January 2018. 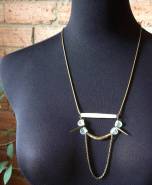 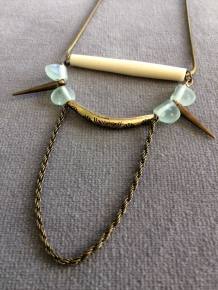 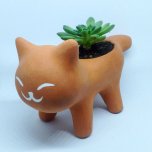 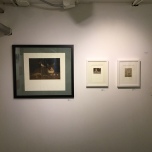 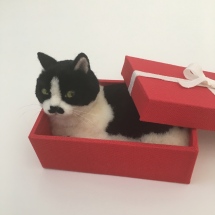 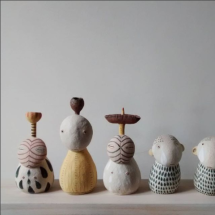 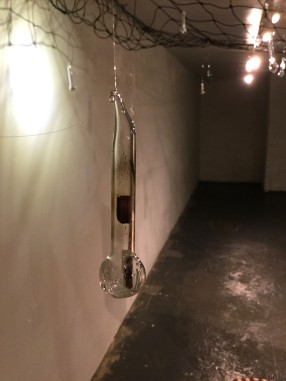 Now showing at AG Gallery: an installation by Japanese glass-sculptor artist Takao Sakata. This exhibition makes his 7th exhibition at AG Gallery. Sakata considers himself a unique glass work artist in Japan. For his exhibitions at AG Gallery, he has been challenging the norms that other glass-sculptors follow to sell their glass art, or to be accepted as good glass-sculptors. This year as well he presents his work with a strong passion to breakthrough the conventionality of current “glass art”, as well as challenge the audience with a theme that non-american people may avoid speaking up about, or that people in America might be offended by if an outsider were to speak up about it.

Please make sure to visit AG Gallery to be a part of the audience for his installation. The “Love and Tears of Donald Trump” by Takao Sakata is on view until August 17th.

If you have any inquires about artworks, artists, and our gallery space,
please feel free to contact us at: natsumi@aboutglamour.net

Love and Tears of Donald Trump

AG Gallery is pleased to announce a new exhibition “Love and Tears of Donald Trump” by Takao SAKATA. Sakata is a glass sculptor who has been exhibiting at AG Gallery in every summer as a Japanese Artist at the Summer Exhibition Series which weekly we introduce various Japanese artists working in Japan. As an international contemporary art gallery, AG Gallery has been holding this annal weekly exhibition series with our aim to always be the eye opener, discovering and introducing new and interesting art, by accepting different backgrounds, races, ideas, beliefs, personal styles, and other difference artists embrace as well as what artists encounter and try to express in their creation. We look forward to your visiting, and truely hope you will enjoy this year’s Summer Exhibition Series.

A Note from Takao SAKATA

Once an artist said “Art is not a handicraft, it is the transmission of feeling the artist has experienced.” – Leo Tolstoy. I would like to continue fighting as an artist in Japan until the last day of my life, by creating, exhibiting, and presenting my work at AG Gallery in Brooklyn, NYC. The title for this year’s exhibition is “Love and Tears of Donald Trump”.

“There are ways of love and sorrow for each person, and so for Mr. Donald Trump. There is Mr. Trump’s way of loving and sorrow, and it is a chaos that can not be stepped in because there are areas that no one other than God can understand. There is a paradox that the present justice could be evil in the future generations. Today’s evil could become justice in the future generations. It seems to me that a person with such mysterious, undetermined charm is Mr. Trump. Rather than making Mr. Trump only an object of ridicule, I would like to examine the current society called America, and the person named Donald Trump, through the lens of artist. “ 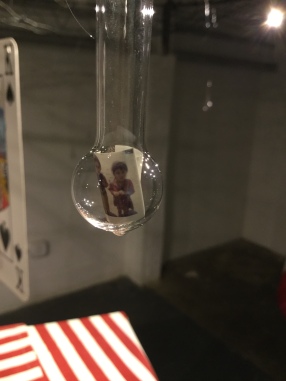 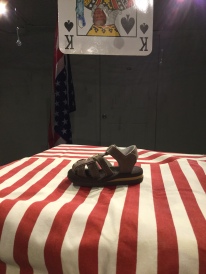 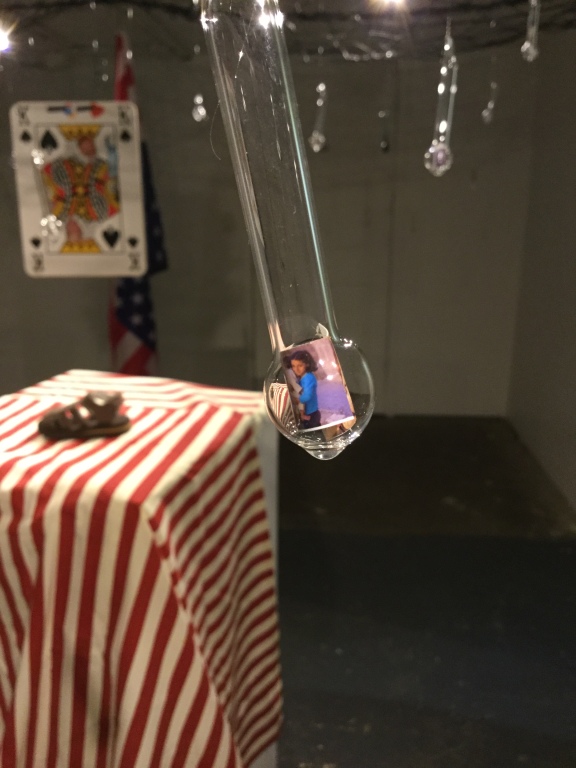 AG Gallery is now showing Ken Brown’s original silkscreen prints from 1980s the period when he had intensively worked on large format printmaking.

Ken Brown has been creating films, photographs, cartoons and design objects for over thirty years. Though perhaps best known for his peculiar and distinctive postcards and graphic products including wrapping paper, rubbertstamps, T-shirts etc., he has also had a long career as an independent filmmaker. He produced and directed numerous experimental films, animations, and video documentaries, as well as dozens of short commissions for MTV, VH1, Sesame Street, and other clients. Ken’s photographs, digital editions, and silkscreen prints have been exhibited throughout North America, Europe, and Japan.

We features his silkscreen printmaking that he had worked on intensively in 80’s.

AG Gallery is proud to present “Still-Summer”, a one window exhibition by Kyoko Imazu. Imazu is Japanese artist, printmaker and sculptor, living and working in Australia. She is mostly known for her printmaking and her work has been featured in multiple solo and group exhibitions museums and galleries including Kyoto Museum of Art in Kyoto, Japan, Japan Foundation Gallery win Sydney Australia, Odd One Out in Hong Kong, Davidson Galleries in Seattle, USA, and many more. Imazu has been featured at AG Gallery since 2014, and this is her second solo exhibition at AG Gallery after “World of Kyoko Imazu” in 2015.

“Drawing animals and monsters is one of my earliest and most important memories from my childhood. My drawings include animals like rabbits, cats and birds and also strange creatures, Yokai from Japanese folklore. Growing up in Japan, I was convinced—and very scared—that there were Yokai and other creatures lurking behind me and or hiding in the dark corners of the house. They were as real as dogs and cats.” -Kyoko Imazu

Moving to Australia from Japan as a young adult, Kyoko’s work draws narratives from nostalgic memories of childhood in Japan and features insects, animals and Yokai found throughout Japanese folklore that she read and listened to as a child. Her ceramics bring new life to her two dimensional realm of prints and into reality–the ‘real world’ becomes the playground for her adorable creatures.

This exhibition is inspired with the term “still-life”, the still of the summer night, deep silence and calm; stillness… that brings her imaginative creatures into our realm, quietly awaiting visitors in our gallery.