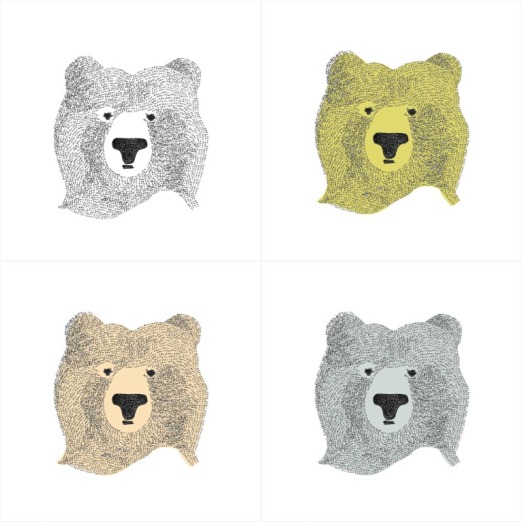 For Immediate Release
AG Gallery/About Glamour in Williamsburg is pleased to present a group exhibition, “A FEW LETTERS,” by seven emerging artists from all over the US and the UK, Adam Regester, Elisa Sandoval, David Roan, Kerry Layton, Kristin Bauer, Melissa Gorman, and Sue Johnson. All the works in this exhibition have some connections with a beauty of “word(s)” and “letter(s) floating in the world”.
Sometimes a word, even a letter, seems like a figure has an own expression. A sentence creates a flow of a few words with rhythms, then a paragraph looks like an irregular patterns on textiles. We receive feeling and expression from the line of words even from names of people, titles of books or logos of products. Currently, artist books and zines are known as the mainstream of media among young artists, also a word or a letter itself could be considered an interesting component of artworks. On this exhibition, you will see various ways of approach toward inclusion of a few letters into the artworks and how amazing they are.

Adam Regester
Lives and works in Brighton, England, UK. He has been painting and creating for over 25 years. He loves paint and creating craft items with different mediums and he is inspired by artists such as Gustav Klimt, Picasso, Matisse and other impressionist artists. He likes to break down images into basic forms and shapes then recreate those images as mixed media designs.
Elias Sandoval
Lives and works in Chicago, IL. In her work she explores the idea of the temporary both as a material structure and subject. Much of her material is paper and found material which signifies something that is temporary and easily manufactured and disposed of. Combining and utilizing patterns, she creates tension to explore possibilities in the work’s construction.
David Roan
Lives and works in Philadelphia, PA. He is a discerning son of a gun who has become a product of his own mind.  Aspiring maker-of-things, progressive thinker and citizen of existence, this native San Franciscan prays to the god of Repurposing.  Whether it’s making a shelf out of an old N.E.S. console or creating an art piece out of hanging folder wires, he sees this way of life as a much-needed respite from the mass-produced society in which we live.
Kerry Layton
An illustrator living in North London with her husband and two children. She creates illustrations of a dreaming world of little creatures/animals. She has been working on some commissioned works with magazines besides her own personal projects.
Kristin Bauer
Kristin Bauer is a multimedia artist based out of Phoenix, AZ. Her work incorporates text and image in sculptural works, paintings and multimedia installations. Drawing from a fascination with social Influence Theory, propaganda and American ideals, as well as the power of individual’s personal convictions, Bauer examines and plays with word and symbol in her work, resulting in a combination of social commentary, playfulness and irony.
Melissa Gorman
She is a designer, illustrator, and artist. Born in Brooklyn, New York in the mid- seventies, her work reflects urban life and landscape, especially in the moments of change. This new series: Brooklyn Bodega Portraits, captures the distinct personalities, shared symbologies, and quirky typography of these oft-overlooked corner stores. These portraits are a way to capture and celebrate bodegas before they all get wiped out by homogenized versions of themselves.
Sue Johnson
Her works have been shown nationally and internationally. Born in San Francisco, CA, she currently lives and works in Richmond, VA and Lexington Park, MD. She earned a BFA in Painting from Syracuse University and an MFA in Painting from Columbia University, and studied painting in London, England and Florence, Italy with Syracuse University. “My work is built on traditions of still life, vanitas and memento mori, artefacts of the everyday – the familiar and ephemeral.” 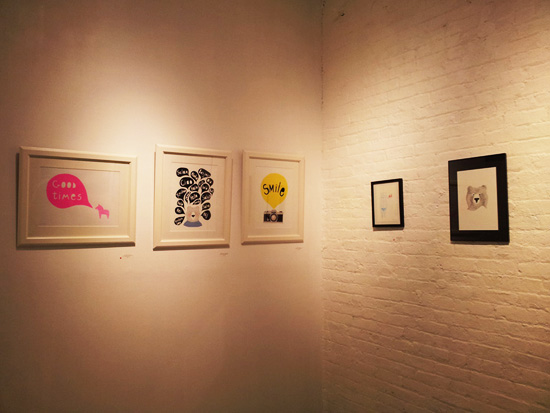 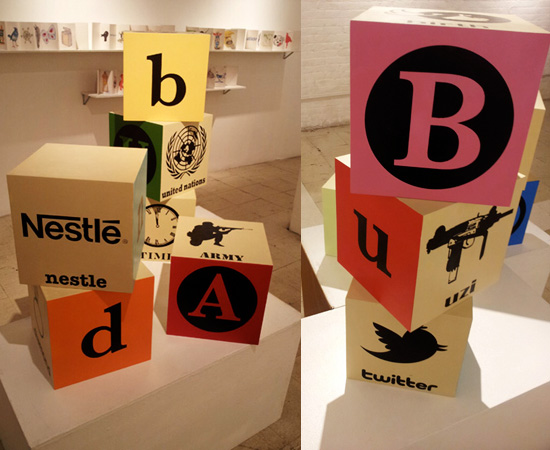