In this exhibition, AG Gallery focus on two contemporary artists, Ken Brown from United States and Saiki Otsuka from Japan who shares a similar passion in creating their works by “recombinant” the world. 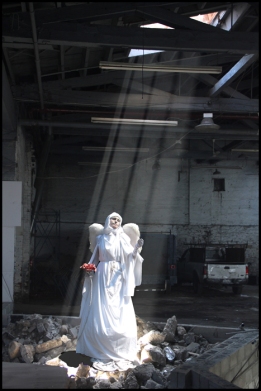 “RECOMBO and other digital Mischief” from KEN BROWN (born March 12, 1944, Ohio), an American filmmaker, photographer, cartoonist, and designer, who has been a street photographer documenting mostly NYC almost for 40 years.

“As a street photographer, I always look for that magic intersection of subject and serendipity. I also wear the hat of an archivist, and, in that role I am always documenting the ephemeral culture of the city (street art, hand-painted signs, storefronts and architecture). Recently, these have come together in a series of experiments I call ‘recombos”, where I take backgrounds and foreground characters from separate times and locations and create new images. Perhaps this reflects a background in graphics, cartoons, and animation. They seem almost possible, but then again…” – K. Brown 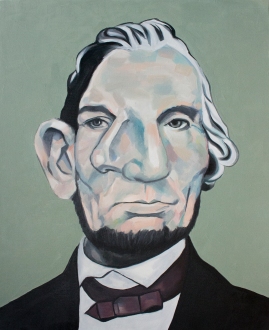 “SAMPLING” from SAIKI OTSUKA (born 1987, Saitama), a contemporary artist from Japan mainly working on oil painting. Sampling is a term of a method used in DJ-ing or the hip-hop world to compose music which he applies in his painting.
“In the act of painting figure portraits, I sample a facial part from several people and combine them together. The combined face is sometimes distorted badly, but sometimes well organized.I usually sample facial parts from two to four celebrities or prominent figures.Those people are broadly varied from politicians to movie stars.“- S. Otsuka